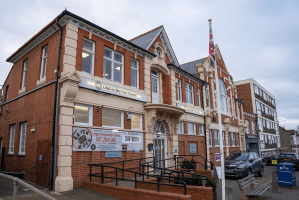 Afghanistan – what’s it about? a talk by Dr Nadir Biryia

Nadir was born in Afghanistan (Kandahar) and came to the UK in the 1990s.
He studied in Afghanistan, Russia, France and the UK gaining degrees in
Medicine (MD), Computer Aided Design (BSc) and Capacity Building (MBA).
He speaks several languages (English, Russian, French, Pashto, Dari, Farsi,
Hindi and Urdu) and has worked as a trainer and examiner in these
languages. He has worked with Mosques and charities helping them to build
their capacity so that they can work and support their communities more
efficiently.
During the Afghan war, Dr Biryia worked as an advisor on Afghan Affairs to
Taskforce Helmand. He also helped to train soldiers going to Afghanistan in
languages and cultural issues including developing pre-deployment packages
for Dari for the Defence School of Languages including a lexicon of 15000
words in Dari converted into western script to facilitate communication.

Nadir has continued his charitable an educational work including working
with after school clubs, Afghan charities in the UK and other charities.